Johann Rupert, the billionaire chairman of Compagnie Financiere Richemont, is concerned about the global wealth gap and has called it “unfair”.

Technology has icons like Steve Jobs leading the charge to “think different” but luxury has rarely had a top figure speak out against the destruction of the middle class or call for a new social pact. Johann Rupert has done just that at a speech he gave Monday at the Financial Times Business of Luxury Summit in Monaco.

As chairman of a multi-national conglomerate that holds brands like Cartier, Montblanc, and Piaget, Rupert discussed how artificial intelligence, robots and the new machine age will eliminate even more jobs in a world where the middle class is already being destroyed. 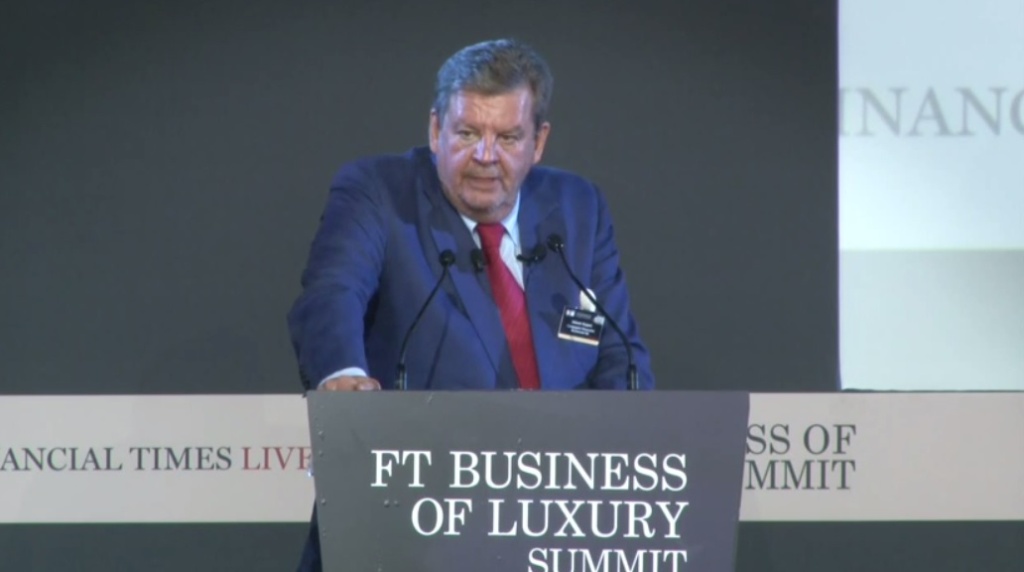 He believes inequality will accelerate in coming years due to structural unemployment and as more people at the bottom lose, the people at the top will receive “new abundance”. This will cause “envy, hatred, and social warfare” against those with concentrated wealth and make their luxury clients targets.

Rupert believes the luxury market will also have to prepare for a consumer base that doesn’t want to wear and “flaunt” their wealth.

“We can’t have the point 1 percent of the point 1 percent taking all the spoils,” he said. “Now folks those are our clients. But it’s unfair and it is not sustainable. I don’t know what new social pact we’ll have, but we’d better find one. Otherwise our clients will be targets. They’ll be hated, despised. Because the next wave of unemployment is going to be even bigger than the current one and these people are going to be unemployable.”

Rupert confessed this issue really what keeps him up at night. Despite his recent outreach to LVMH and Kering to join Richemont’s Yoox/Net-a-porter e-commerce site and compete with Amazon, he sees wealth inequality as a far bigger threat to the luxury goods market than lack of e-commerce and the dwindling clientele of brick and mortar stores.

In the video above, Rupert shares concerns on everything from global warming to a “free market economy” that bails out the wrong entities to a possible resurgence of anti-Semitism to how robotics will put “hundreds of millions of people out of work”. He spoke about this at a luxury summit because he believes the industry is focusing on the wrong technology.

Rupert didn’t offer specifics on how Richemont will navigate these waters but he was vocal about his concerns.  “We are destroying the middle class,” he said. “It will affect us, and it’s unfair.”