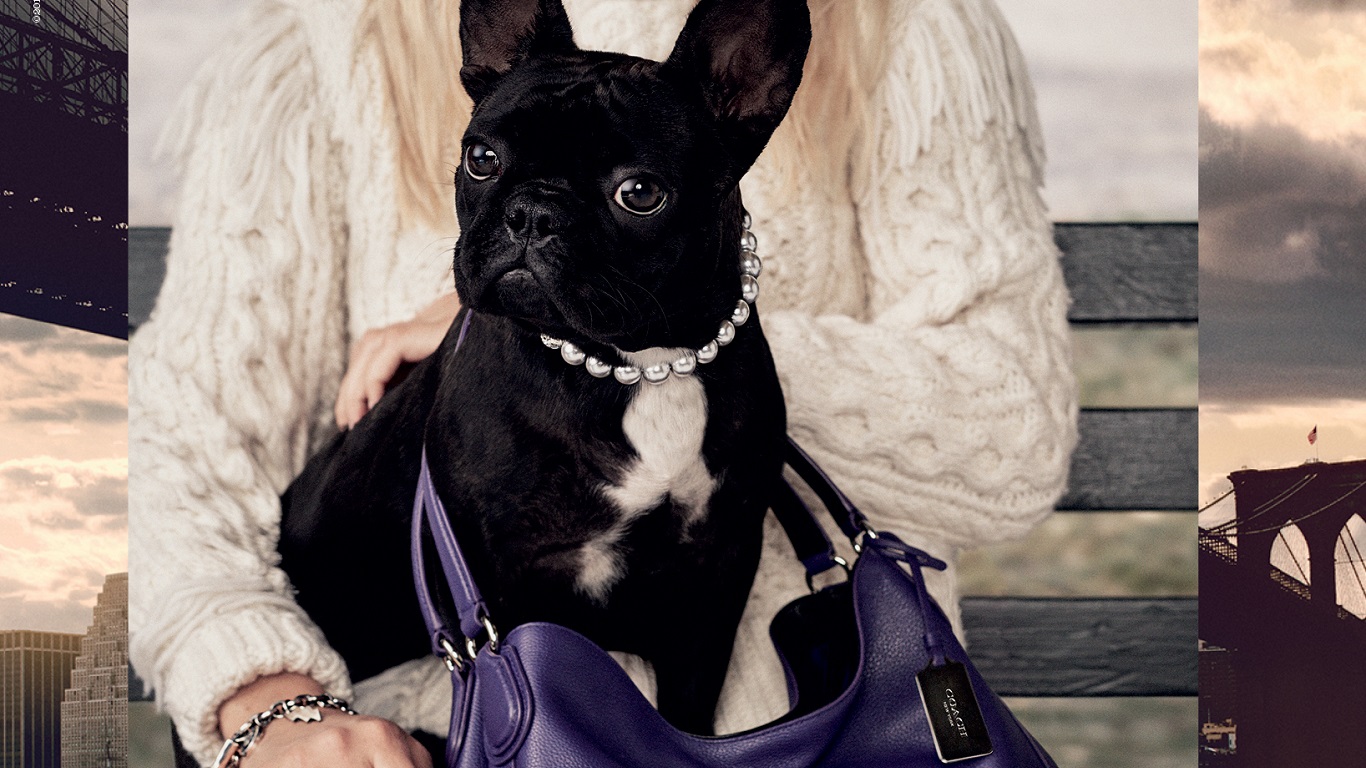 The new canine stars are part of a series of portraits photographed by Steven Meisel. The shoots were styled by Karl Templer and will be in print, outdoor and online advertising globally starting in July.

“’I’ve never had so much fun on a shoot. The combination of Mr. Meisel and the pups was an extraordinary, surreal, special moment. We wanted to create playful images that make you smile. We were inspired by some images from the Coach archive, which featured Eddie—the dog that starred in the TV series Frasier—to create something joyful, with humor and character. That’s a spirit that’s uniquely at the heart of Coach.”

This new initiative’s social campaign #coachpups, includes opportunities for Instameets, special talks and other events for dog fanciers. This will also mark the debut of the Coach Snapchat account.

Scroll below to watch a video from Coach of this cutie cute calling the shots: