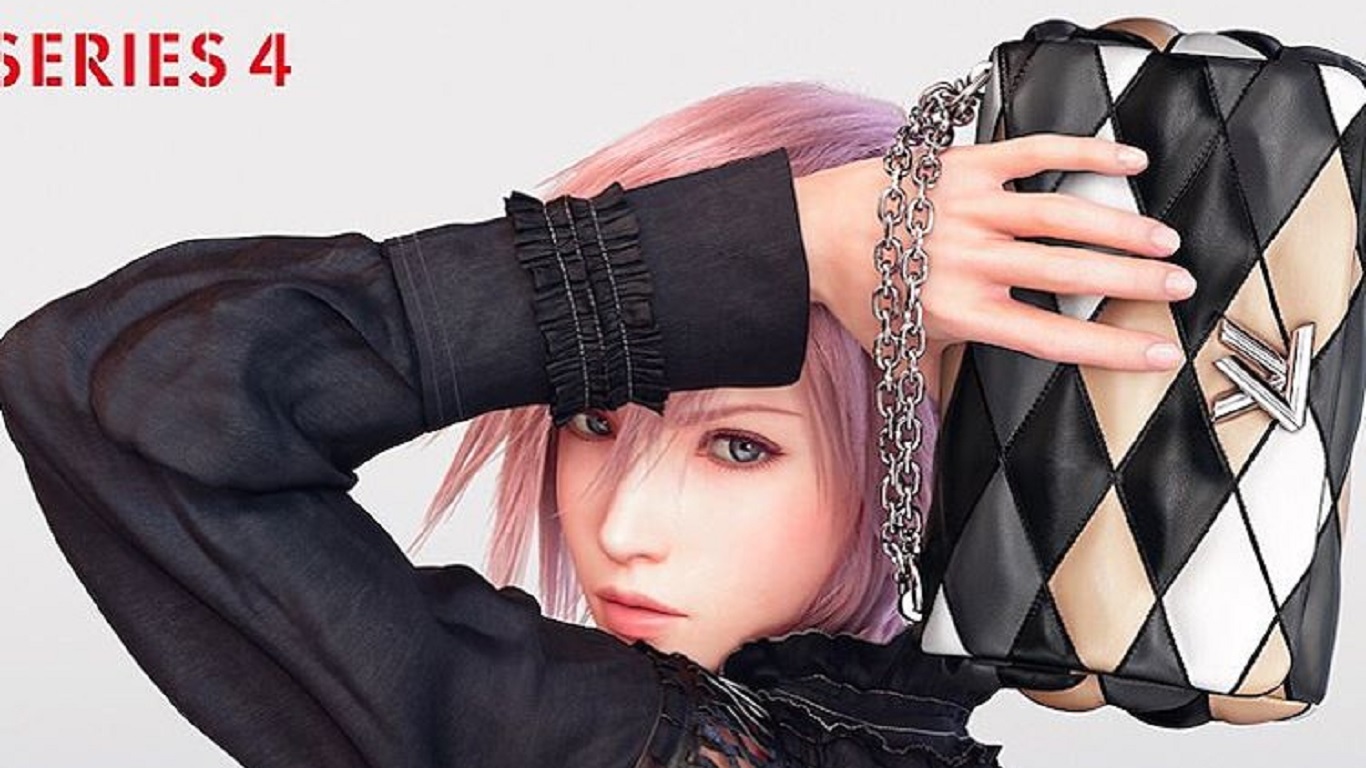 Final Fantasy is big business. Since launching in 1987, the video game series has sold over 110 million copies. The game’s heroine, Lightning, is globally known. Now, her star is getting a new dimension as French fashion house Louis Vuitton has made the video game character its latest spokesmodel. Creative director Nicolas Ghesquiere gave a sneak preview of this Louis Vuitton x Final Fantasy collabo on his Instagram account. The brand teamed up with Final Fantasy creator and director Square Enix to perfect the character for the Spring Summer 2016 ad campaign. 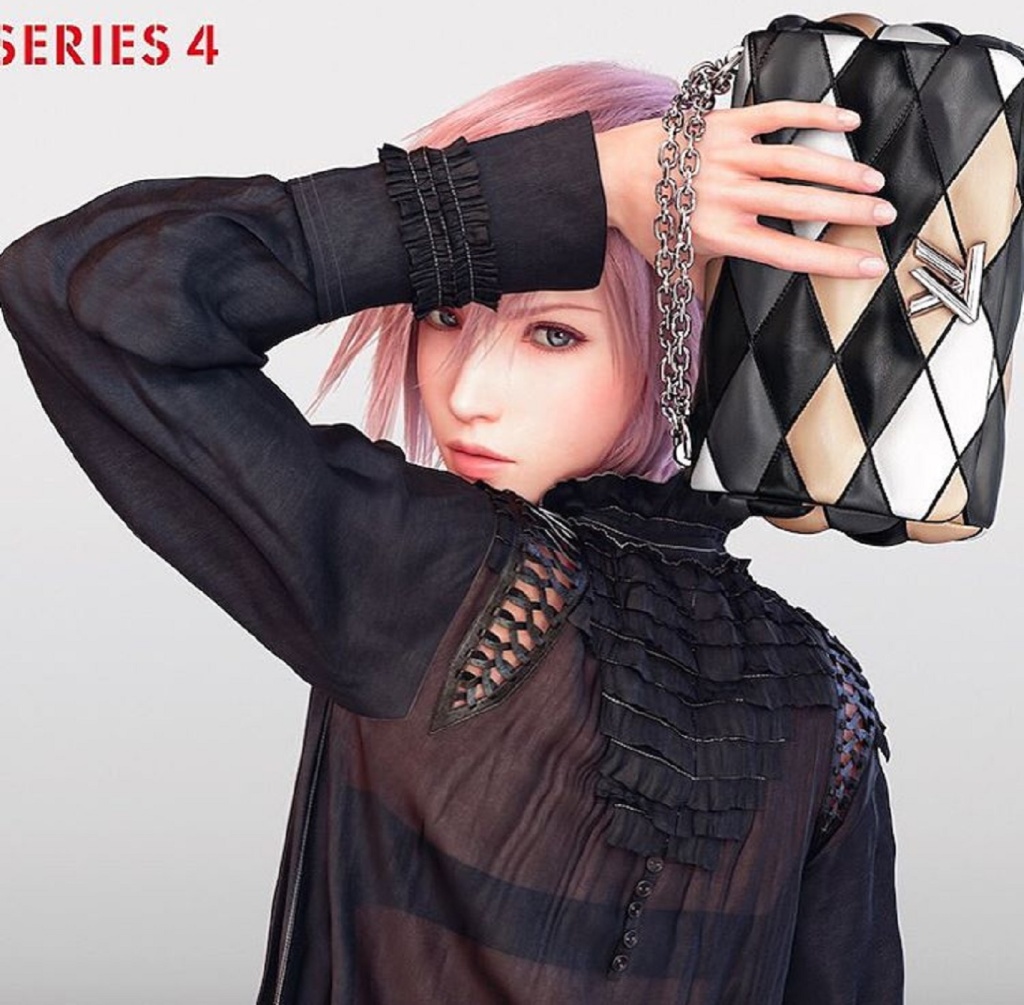 A video of the forthcoming campaign displays lightning in quick action-oriented chic poses with Louis Vuitton’s SS2016 collection of handbags, dresses, and so on. Close up slow-motion shots and game-like camera angles replicate the feel of the heroine’s virtual world but pulls her into a very modern fashion aesthetic. 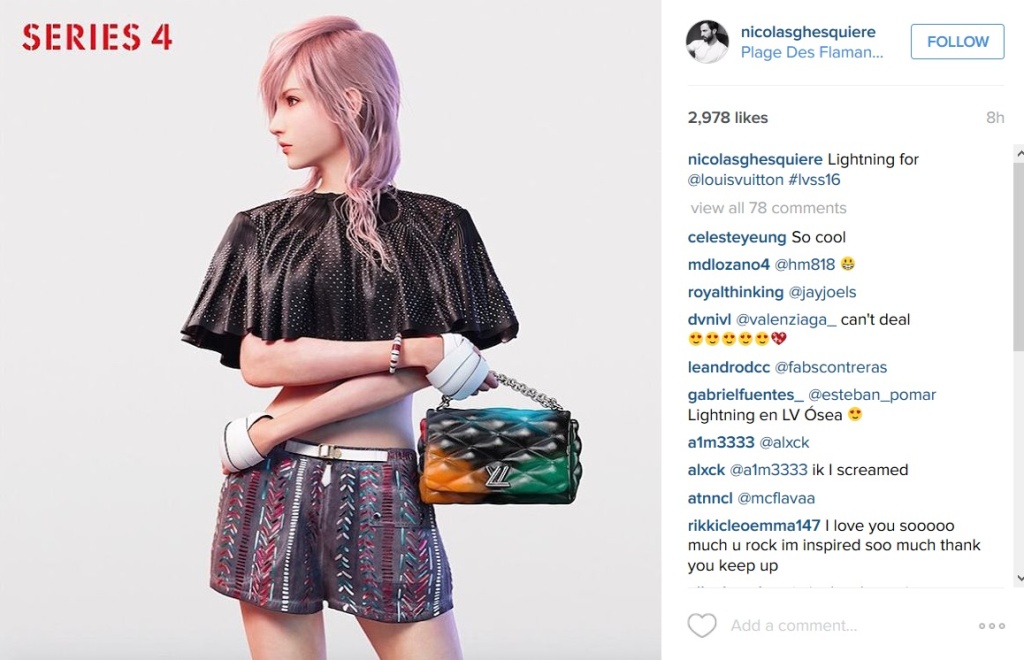 Some may be asking, why would Louis Vuitton seek out a gaming character to be its current spokesmodel? The brand could be looking to tap the fact that 40% of gamers are female. It could also just like the fact that video games are a $10+ Billion a year industry. LV could also be paying attention to China, a market that Square Enix Holdings has also been infiltrating. Square Enix reworked its business model after losses in 2012. It decided to pursue more fee-based online and smartphone games.

No word on whether this unusual partnership will extend to LV using characters from Square Enix’s Dragon Quest. Meanwhile, the social media blast for lightning is already gaining major heat and smiles from the gaming/creator community as well as the fashion elite.