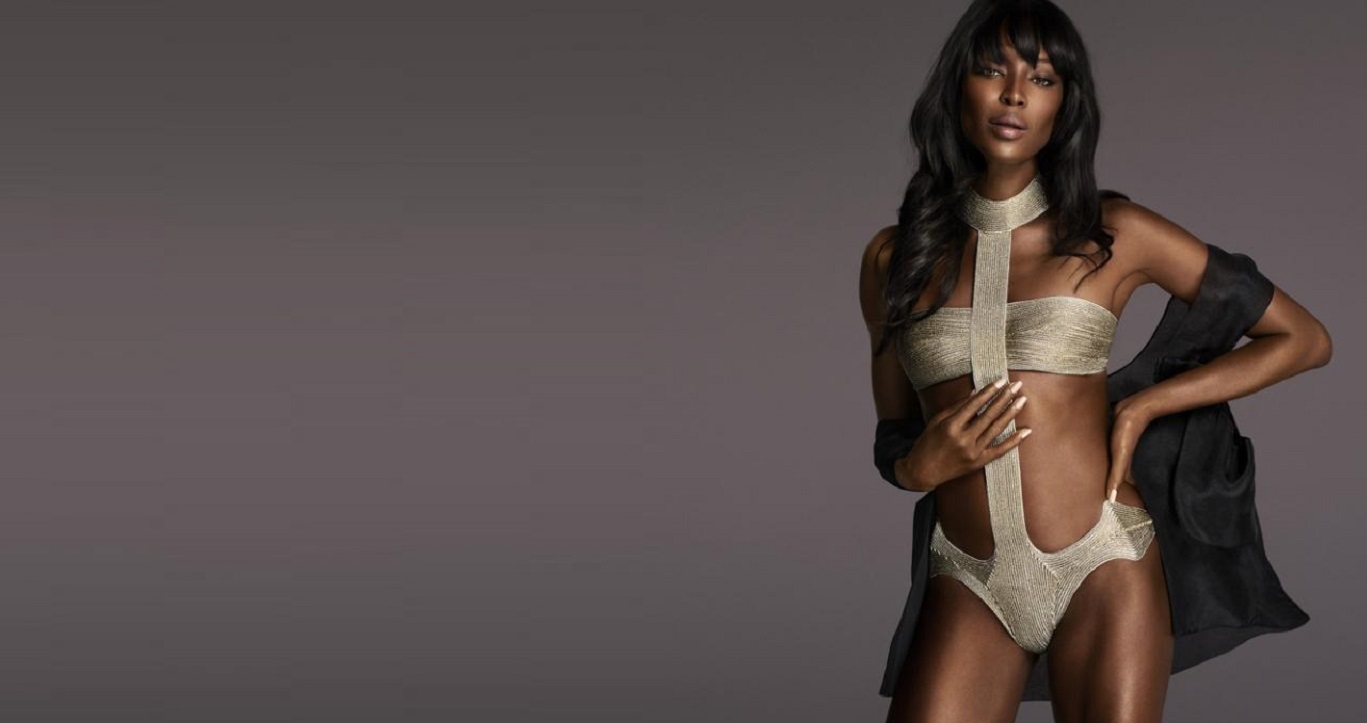 As if we weren’t still swooning over her gorgeous spring/summer 2015 campaign for Agent Provocateur or her W Magazine cover with Rihanna and Iman, supermodel Naomi Campbell rocks La Perla in a new campaign for their atelier couture. Images recently surfaced of her in “The Anchor”, a gold cutaway bathing suit with a bandeau top and a then a black lace and sheer couture creation for the second look. While this is great publicity for La Perla, it’s also well timed for Naomi. 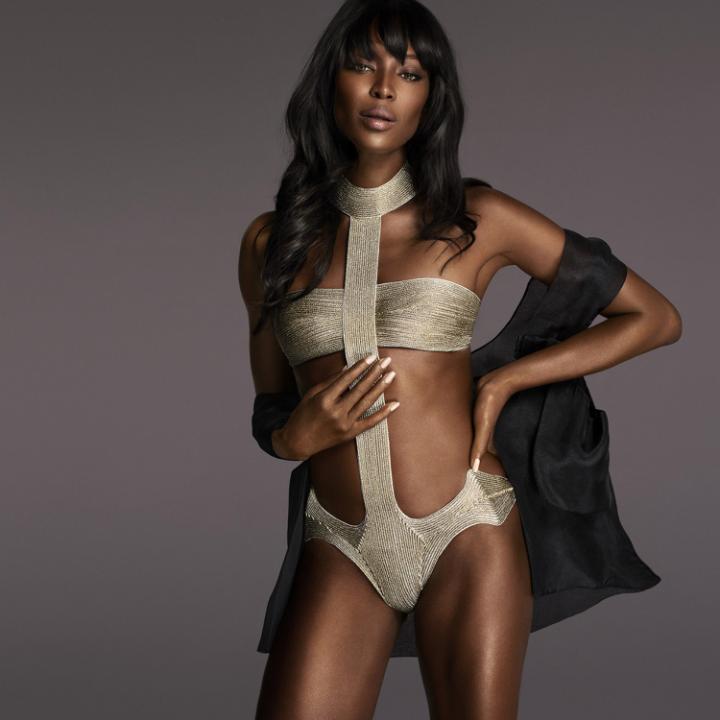 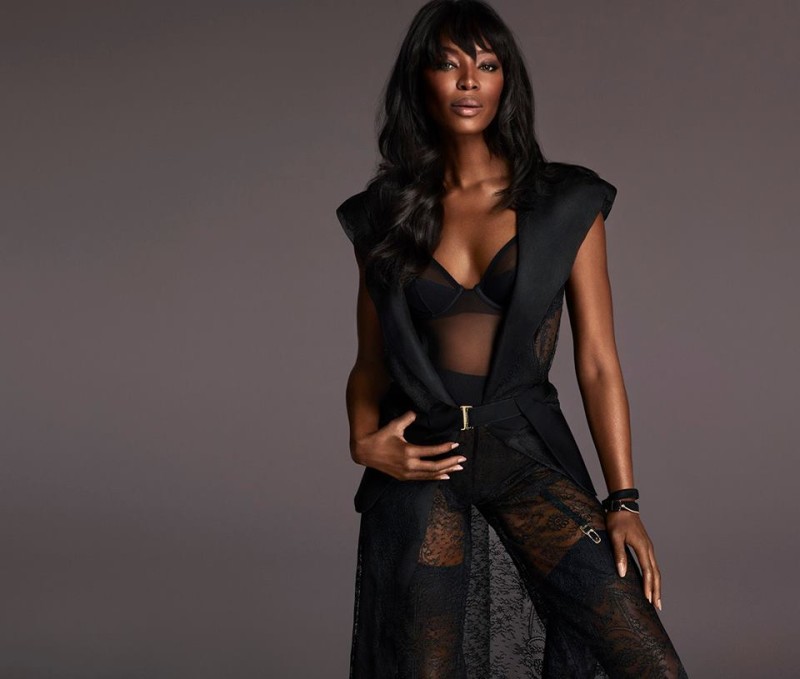 She’s also hot off the runway for Givenchy and their co-ed menswear show. Naomi was handpicked by Givenchy Creative Director Riccardo Tisci to walk in the show. She strutted her stuff in a black blazer adorned with silver sequins, G-string bikini and thigh-high black sheer hosiery.