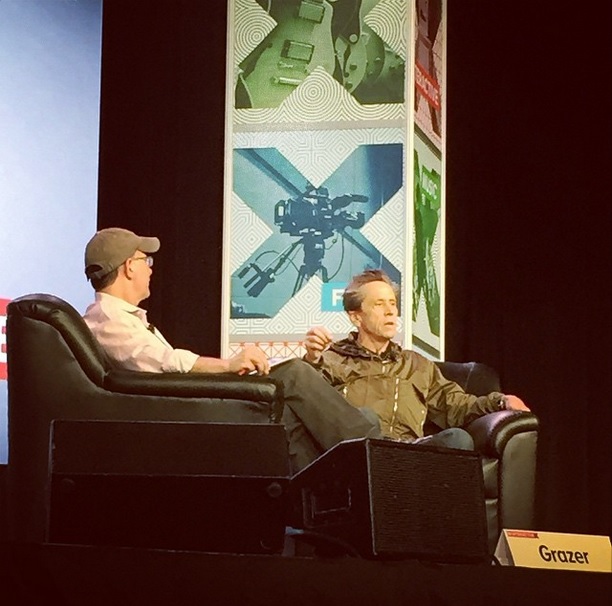 Clear talk. Cross talk. Double talk. A look at who’s saying what about what…

Monica Lewinsky: "Shame is an industry and the currency is clicks" http://t.co/Z6YyJ9BjNq #TED2015 pic.twitter.com/6SdOscfHxZ

Monica Lewinsky took the TED stage on Thursday to discuss the media landscape as she has come to understand: unconcerned with the human subject of the story, hyperspeed, insatiable for traffic only. She went on say, “There is a very personal price to public humiliation and the Internet has jacked up that price… Public humiliation is a commodity and shame is an industry and what is the currency? Clicks.”

We should be thanking Apple for launching the $10,000 "apple watch" as the new gold standard in douchebag detection.

“I’m totally unapologetic about being an ambitious woman, and you should be, too.” —Shinjini Das #WHM15 http://t.co/hH1AiEK8fG

Business Technology Analyst and Public Speaker Shinjini Das on being a true go-getter.

Entertainment powerhouse Brian Grazer sharing thoughts from his new book A Curious Mind at SXSW. The book also had a cameo in the Empire finale on FOX.