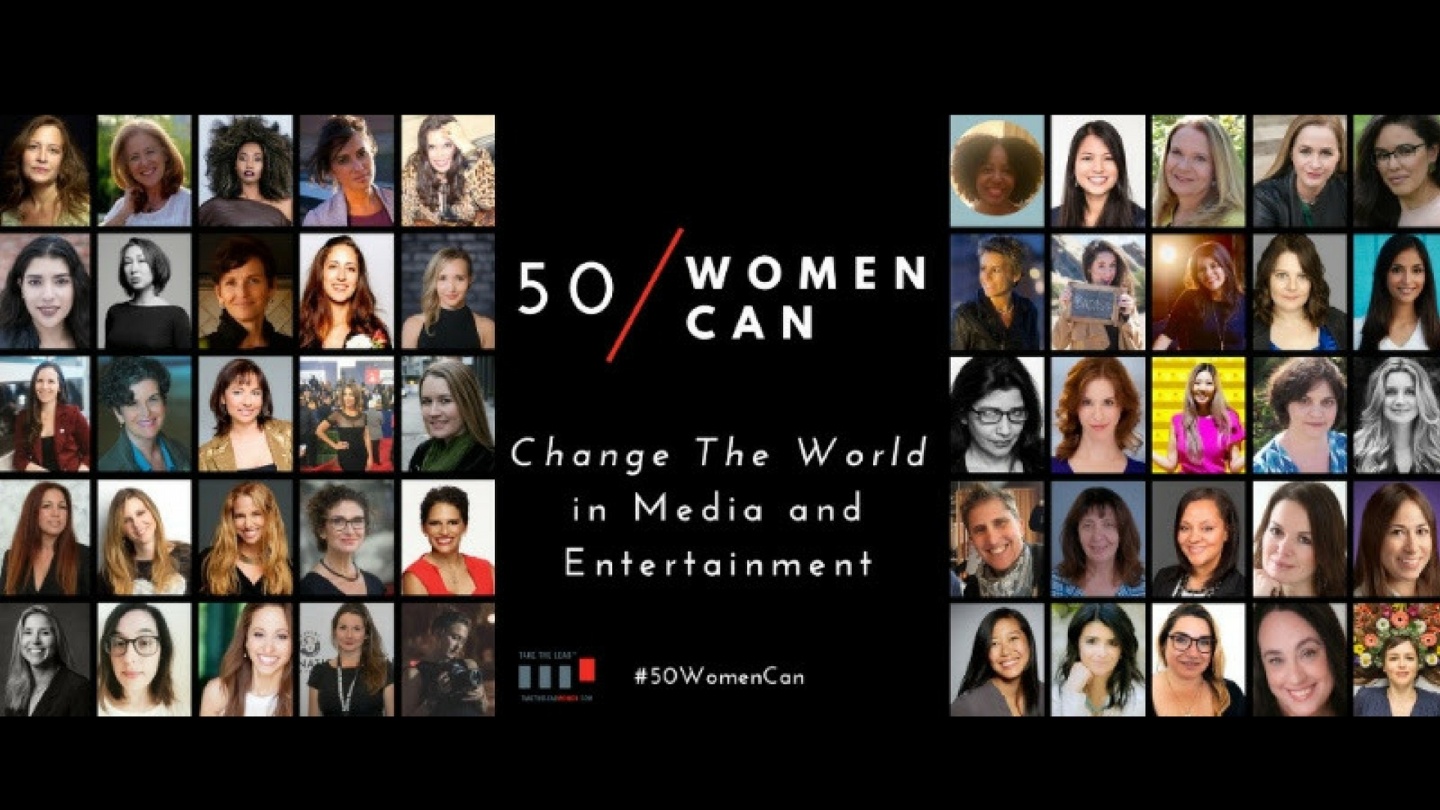 There’s a cohort of women driving gender parity in media and entertainment. Why I joined #50WomenCan.

Realize, we have a public health issue. This issue is a shapeshifter that stems from poverty and power, or rather the lack of equity. One minute, it takes the form of criminalizing the poor. The next minute, it forces refugees into sex trafficking. It goes on and on like this, morphing into a different inequity in every system it encounters. And within each of these systems, it’s always women who are the most impoverished in all resources. Gender parity is imperative in finance, politics, fashion, media, entertainment and everything else. So when I discovered I was nominated for 50WomenCan Change Media and Entertainment, a cohort of women driving gender parity, I humbly leapt at the chance to take part.

Media and entertainment is my system. Last year, Hollywood rocked with long-term abusers of power being publicly accused, investigated and ousted. I was shocked at how many people were shocked. Within our zeitgeist is a term we all know… “the casting couch”. It’s joked about in standup comedy, on TV sitcoms, eluded to even in Hollywood movies about Hollywood.

I don’t have to explain the term’s meaning because we all know it and we know that within its nuance is a lack of consent and total compromise of one’s body in order to get work. I seriously doubt people thought such a ubiquitous term was merely urban legend.  Regardless, the bullies are being called to the carpet. Media (and social media) is playing a huge role in giving voice to voiceless, helping champions of change find community and organizing intention on a global level.

Media is everywhere and we all take part in it. If you post on social media or share over the water cooler, you’re partaking in the system of information. We need media. The world is too fast and vast; media helps us get quick information about the world around us so that we can make quick decisions about that same world. Every single thing in our humanmade cities is media, a message signaling something.

I know one of the reasons I am here, why I exist in this moment in space and time, is to use media to increase our humanity. I shared this and more during the Diversity in Fashion: Broadening Our Perspectives panel at #thediversityconference Media can expand our cultural and social understanding. It’s up to us to utilize it that way.

With all of that in mind, I believe we can use media to increase our humanity. I have created content that expands cultural understanding, sheds light on what was previously unseen and elevated personal power. It’s for all these reasons that I work tirelessly toward equity within media, and the road toward gender parity is part of that journey. I have no intentions of just sitting on a sofa complaining and being frustrated. I criticize by creating.

More about the cohort of extraordinary women I will be joining and the overall intentions of #50WomenCan here.

You’re Creative Whether You Like It Or Not
Self-Love Saved Me: Deborah J on Healing
How Sabrina Garba Accelerates Genius #GemsxJoy
My Dear Queen Book Promotes Self-Acceptance Hair M...
Thinking Different About Thinking
How Discomfort Improves Your Content
On Starting Where You Are — Pia Gladys Perey
Let’s Talk Different About Luxury via #SkyTa...