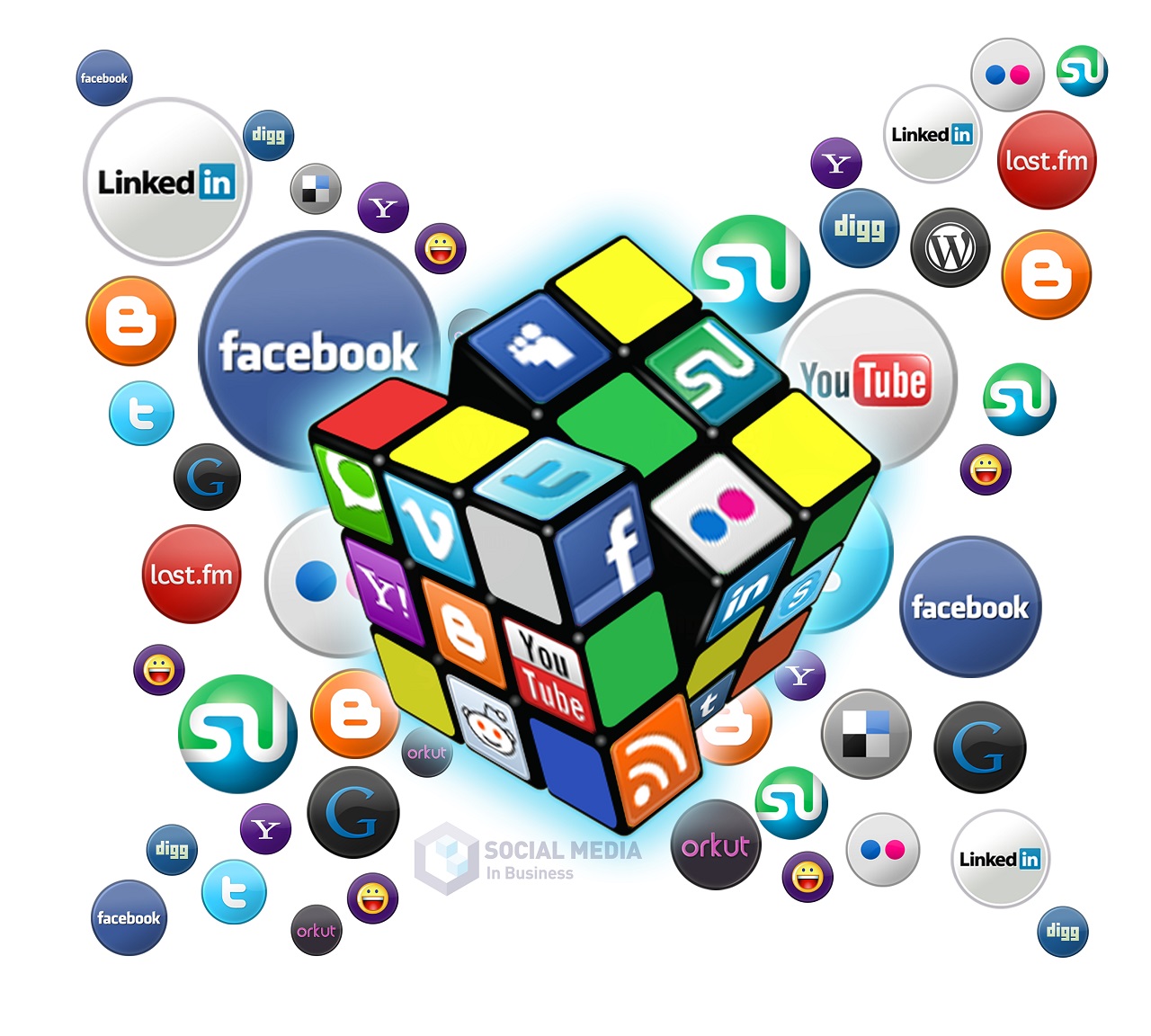 Why People Hate Social Media and Our Working Future 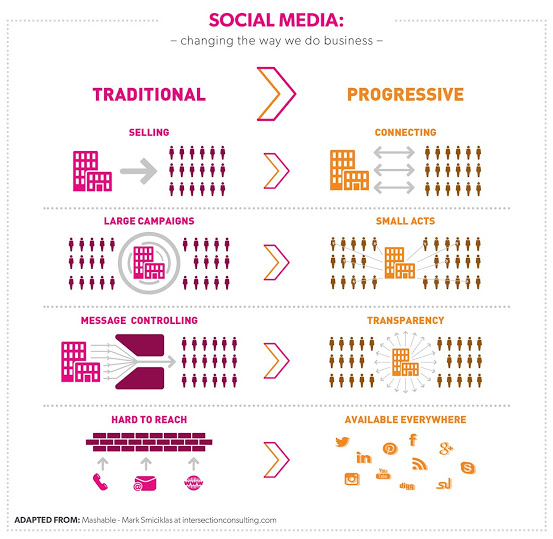 Last week, with the help of social impact and communications consultant, Katie McCrory, Virgin kicked off a series of posts about The Future of Work. The first installment discussed how social media is changing the way we communicate with businesses and how businesses communicate with the world.

Perhaps more interesting than the information provided in the infographic was reader response; an amazing amount of people are simply disgusted with social media. One commenter on Google+ stated, “Social media does not make the company easier to reach. It puts less experienced, sometimes volunteer workers up front, and removes all actual hard lines to the company. Making it even harder to get what you want.” 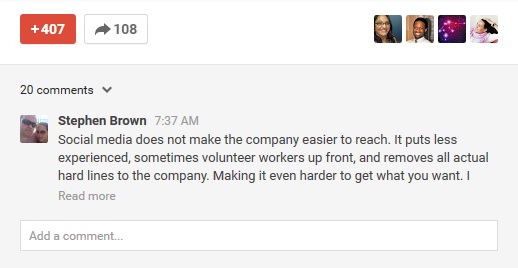 The Virgin post itself referenced anthropologist David Graeber’s essay “On The Phenomenon of Bullshit Jobs” where he discusses “new-technology jobs that only exist because they keep people in work, and not because they deliver inherent social value.” Interestingly enough, Graeber’s essay went viral through the word of mouth power of social media.

The people who truly, deeply hate social media seem to hate it because they see a parade of food photos, kitten videos, people bragging, people goofing off and people secretly envying other people’s lives. When this is compounded with the element of constantly putting out information that seeks validation from others (i.e. likes, retweets, regrams, etc.) and has no inherent value without that validation, the entire process starts to be covered with a thick layer of ick.

So, now that we’ve thoroughly described the water in which we’re drowning, let’s get to what’s really happening. We like to talk. Humans are social creatures and this need is embedded in our biology. Those who were antisocial were referred to as “hermits” as ostracized from society. Since the time of ancient Mesopotamia, humans have always spent the majority of the day talking, sharing and goofing off. There is actually value in this process. Not only does chatting about profound and vapid things help us flesh out ideas but it also helps us discover what is right before our eyes. Beer probably wouldn’t have been discovered if some ancient Mesopotamians hadn’t been goofing off (and beer changed everything about civilization).

When you sift through all of the bullshit on social media, you discover that there’s a lot of magic happening. Some people, not all, but some, are actually connecting. Business ventures are forming because people who live on opposite ends of the planet met on Instagram. Social change is being organized. Pressure is being put on the media to report stories about which the majority of people want to be informed. This is obviously creating more opportunity than having to be lucky enough to meet face to face first, or having to call the right person, send the right letter or email, or smoke signals or two cans connected by string.

There is opportunity within social media, if you choose to grab it and make it work for you. Imagine if Gandhi or Martin Luther King or women’s suffrage had had social media.

Bottom line, social media is changing the way we do business. Some companies are actually implementing effective social media liaisons that provide quick, fast and easy customer service to consumers. There are also companies that just don’t get it and probably never will. These companies make social media an even harder, less effective means of communication for consumers because they don’t like to communicate with consumers in the first place. They’re only on a social media platform because their competitor is and they’re all about competing. They spend all day verbally vomiting on anyone who will read their tweets and Facebook posts. They don’t seek to engage or enrich, they only broadcast, promote and continually sell, sell, sell.

Social media can’t replace traditional communication, but it can enhance and complement it. There will always be a need to communicate with each other and for businesses to tell their messaging in a human way. The burden is one all of us to demand genuine connection from authentic sources. We must accept nothing less than brands that will engage us and enrich our lives. While we’re at, we should demand the same from our interpersonal relationships. Then, we’ll start to see social media for what it is: an amazing technological advancement that can make our lives and our ability to communicate easier, but only if we grasp a hold of it and use it that way. – JD

The Enigmatic World of Björk at MoMa

WORKING ON: Bon Chic Kicks Off at H Studio