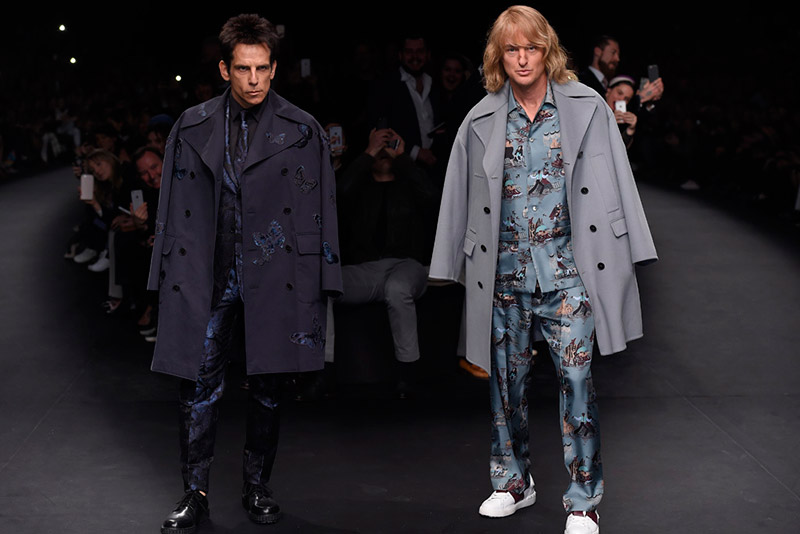 By now, we’re all pretty sure there’s a lot more to life than being really, really, ridiculously good looking. The possibility arose for all of to find out what that [more to life] is when Ben Stiller and Owen Wilson announced they would be reprising their roles as male supermodels in the forthcoming Zoolander sequel.

In a feat of inspired brand integration, Zoolander and Hansel opened the Maison Valentino Runway show at Paris Fashion Week. Proving that Zoolander is synonymous with fashion and debuting at one of the most anticipated shows at PFW, the handsome duo owned the runway to the tune of “Don’t You Want Me”, with Stiller flanking the left while Wilson strutted down the right side. Blue Steel was in full effect and guests waited with baited breath to see if the two would challenge each other to a Walk Off.

As they exited, the duo flung their coats from their shoulders and Stiller even grabbed a guest’s cell and started taking selfies. [See this Instagram video by Erin Doherty] Backstage, they rubbed elbows with fashion icons like Anna Wintour.

The publicity stunt has already gone viral, not just because of its humor but also because it is superbly tethered to a Valentino’s huge brand. Audiences will have to wait until 2016 for the Zoolander sequel to open in theaters but meanwhile, catch the runway show below.

First-Lady Fashion and the Influence of Michelle Obama’s Style