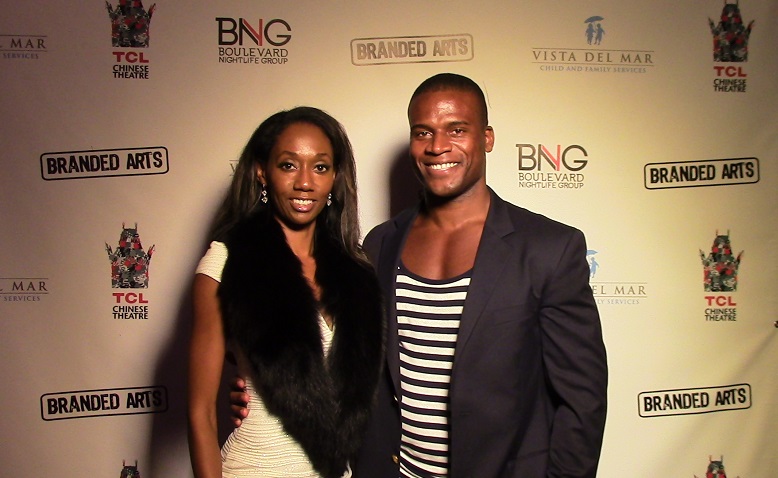 “I was never really into the bars or clubs. One the weekends, I would hit the art galleries,” collector, curator and public art advocate Warren Brand admits with a sincere chuckle. His eponymous pop-up art events, Branded Arts, have an enormous following and always feature an amazing guest DJ. Most recently, that turntable was fulfilled by Talib Kweli as Hollywood’s The Chinese Theatre hosted Warren’s latest curation of modern sculpture and paintings.

Always fascinated by storytelling and illustration, such as Pixar animation and sci-fi/fantasy comics, Warren discovered graffiti art at a young age. He collected his first piece of art (a painting by Samuel Florez) at the age of 23 for $2,000.

Around 2009, a close friend – who just happened to have a downtown LA warehouse – suggested Warren curate an art show in his space. The invites quickly spread by word of mouth on Facebook through friends and pages like Juxtapose Magazine. The end result was over 1000 guests for his very first event. Those numbers have since been dwarfed with every new event.

Many of the pieces on display at Warren’s latest Branded Arts pop-up are easily collectable to an individual. Yet, he seeks to go beyond private collections. “We need to talk more about the transformative power of art and how it enhances neighborhoods,” he shares with Vanichi. Several public art projects are in the works for Los Angeles. By sharing the beauty of public art with neighborhoods, the visionary hopes to spark creativity and the spirit of self-expression one brushstroke at a time.