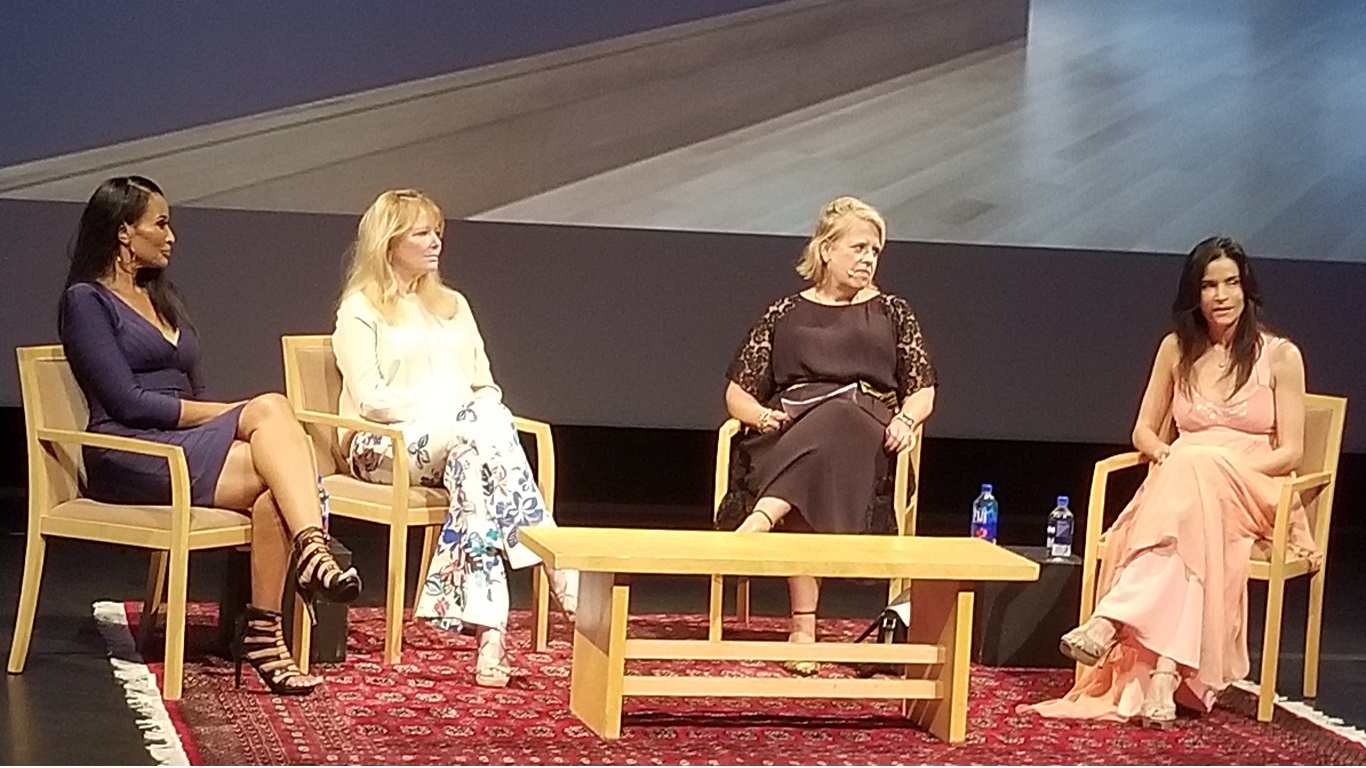 100 years of fashion photography was recently on display at The Getty Museum in Los Angeles, CA. The Icons of Style exhibit showcased the ways in which fashion storytelling has shaped our ideas of beauty and style from 1911 to 2011. During a panel, Icons Speak: Models on Fashion Photography, iconic fashion models Beverly Johnson, Patricia Velasquez and Cheryl Tiegs discussed their contributions to some of fashion’s most unforgettable images with moderator Booth Moore, style and fashion news director for The Hollywood Reporter. The panelists shared insights on their origin stories, our societal narratives, representation, inclusion and digital media. Not surprisingly, self-care, power and money mastery also arose as major talking points for overall well-being from these trailblazers.

The model lifestyle is a seemingly endless dream to most: jet set travel, couture wardrobes, partying with celebs, luminaries and moguls, all the while looking effortlessly chic with a never-empty flute of top shelf champagne. Beverly Johnson recounted some of her surreal model moments, “I went to Studio 54 one time for three days.” But, she doesn’t just know how to party. She also knows how to be entrepreneurial and invest in herself.

On Women, Money, Power + Funding Your Future: “Eileen Ford told me, ‘99.9% of models leave the industry broke. Don’t be one of them.'” –@BeverlyJohnson1 during #iconsofstyle at @GettyMuseum. #disruptaging @DisruptAging pic.twitter.com/iscp1UgmyF

While sharing empowering advice that the Grande Dame of the modeling industry, Eileen Ford, imparted to her, Beverly stated, “[She said] 99.9 percent of the models leave the business broke. Don’t be one of them. That just stuck in my mind and in my head and I thought, I’m not going to be one of them. And that’s really true… you’re in New York, it’s an expensive city, you’re riding high, you’re riding the wave and eventually the wave stops. And that was the best piece of advice she gave me.” Perhaps part of the reason Beverly heeded the advisement was because witnessing Eileen Ford run Ford Models was the first she’d ever, “seen a woman wield that type of power.”

Cheryl Tiegs reaffirmed that by sharing guidance that changed her outlook on money and power, “Someone advised me to save half of everything I earn and I did which is why I lead a nice lifestyle now and don’t have to work.”

Patricia Velasquez spoke on her experience with Ford Models and the ways in which her self-care was encouraged. “The industry’s not ready for you but give me a few months and we will be.” Months later, she was then told that the agents at Ford were ready to handle her career and guide her through the changing landscape. Meanwhile, she was encouraged to avoid harmful diets and eating was always smiled upon. She was fortunate to not suffer an atmosphere where her agents pressured her to be dangerously thin.

Among the images on display at The Getty were groundbreaking moments like the 1974 American Vogue cover with Beverly Johnson that made her the first woman of color to ever appear on the mainstream mag’s cover. There were history-making also editorials with Cheryl Tiegs and Patricia Velasquez as well as photography from Herb Ritts, Bruce Webber and many others.